The MEI developed a Sustainability Model to support countries in securing a resilient and sustainable malaria response. A health system approach, including planning for integration and aligning incentives between a country’s malaria program and broader health reforms, is core to the Sustainability Model at both the national and subnational levels.

The MEI supports a progressive, country-led approach to improve resilience—the ability of malaria programs to absorb and respond to unpredictable shocks—by preparing for and institutionalizing capacities to cope with, adjust to, and anticipate future threats. Sustainability of the malaria response is a critical enabler of resilience. The MEI partners with countries to strategically implement a malaria response, in line with epidemiological context, that will achieve and maintain elimination, even after donor funding ends.

For many national malaria programs:

The MEI has deployed the Sustainability Model approaches in 7 countries, resulting in the mobilization of $2.5m in domestic resources in 3 countries, transitions strategies incorporated into national plans and funding requests in 4 countries, and significant gains in sustainability-related capacity at subnational levels as well as strengthened national governance, political will, and financing for malaria.

The MEI is available to provide direct country support on either or both of the two approaches.

MEI’s direct country support on sustainability is complemented by MEI’s partnerships with regional platforms and partners to promote best practices on transition preparedness and domestic financing. The MEI also engages global partners and donors, including the Global Fund, to ensure policy and practice evolve to align with country-level priorities.

The MEI has been a long-standing malaria advocacy partner. Since 2007, the MEI has led efforts to redefine the goalpost in the fight against malaria—from adequately controlling the disease to progressive elimination to shrink the malaria map, and ultimately, eradicating malaria for good.

Through a variety of channels, the MEI has amplified country and regional experiences in malaria elimination to advocate for a more ambitious approach to the fight against the disease. The malaria and global health community has now broadly accepted that malaria elimination is both a feasible and worthwhile goal, and many global health leaders believe that eradication is ambitious, achievable, and necessary within a generation.

The MEI continues its advocacy work to:

The MEI has a track record of generating robust economic and financing evidence for global, regional, and country partners. This body of work has included researching the costs and benefits of elimination, developing national and regional investment cases for elimination, monitoring financing for elimination by tracking donor and domestic funding sources in eliminating countries, and analyzing and influencing policy implications on financing. 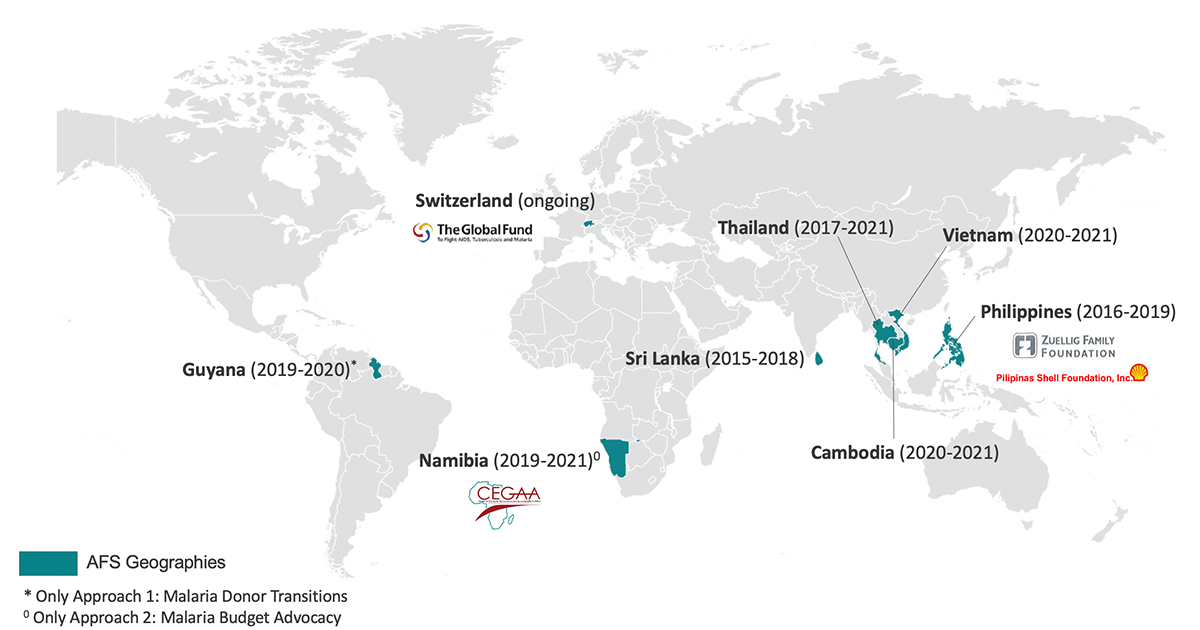